Nashville is known as Music City and the city definitely lives up to its reputation. However, there is much more to the city besides just country music. From street art to history to haunted locations, this is one city that will keep you on your toes – if you know where to look and what to do 😉 Get off the beaten path and check out these awesome offbeat NNashville sights and activities 😉

Offbeat Nashville At Its Finest

My first visit to Nashville was in 2010 on a road trip and I still remember the surprise at what we found on Music Row. Right there in the center of the roundabout is a massive 40-foot tall statue of nine larger-than-life naked people dancing, celebrating and acting free. The symbolism behind the statue is that dancing is the physical expression of music and a way of uniting diverse people.

Of course, Tennessee is the buckle of the Bible Belt, so not all the city’s music lovers are also lovers of this statue, named Musica (one can only assume the name came from the fusion of music and erotica). Occasionally, clothes or sheets will be found on the statues in the morning, so feel free to help clothe the naked dancers if you wish.

There are no shortage of haunted locations in and around Nashville. From the history and legends of the Bell Witch Cave to the modern terror that at Nashville Nightmare, there is something here that will scare the socks off you.

Located about half an hour north of Nashville, the Bell Witch Cave is open for tours during the summer and autumn. As the legends go, back in 1817 the Bell family began being harassed by a witch before she eventually fled to this cave. The entire property, cave included, remains in the Bell family to this day.

However, it’s the haunted houses of Nashville Nightmare that will really give you goosebumps. These advanced, modern haunted houses are a more engaging “choose your own adventure” style experience and are designed to be scary for adults as well. Trust me, they will make all of the haunted houses you remember from you childhood seem like happy, cheery fairy tales.

Located in Centennial Park just a few minutes southwest of downtown Nashville, a life-size replica of the Parthenon was originally built for the 189 T Tennessee centennial. Locals fell in love with it and in 1920 the temporary plaster Parthenon was torn down and rebuilt with permanent materials. Nowadays, this impressive structure serves as an art gallery with both permanent and changing exhibits. Its claim to fame is the life-size statue of Athena, painstakingly reconstructed to her original beauty.

BONUS TRIVIA!   As one reader pointed out in the comments below, “Nashville is known as The Athens of the South due to the number of colleges and universities…[and] tech/vocational schools.” Very interesting! I just learned something new 😉 Did you?

Satisfy Your Stomach and Ears at Bluebird Cafe 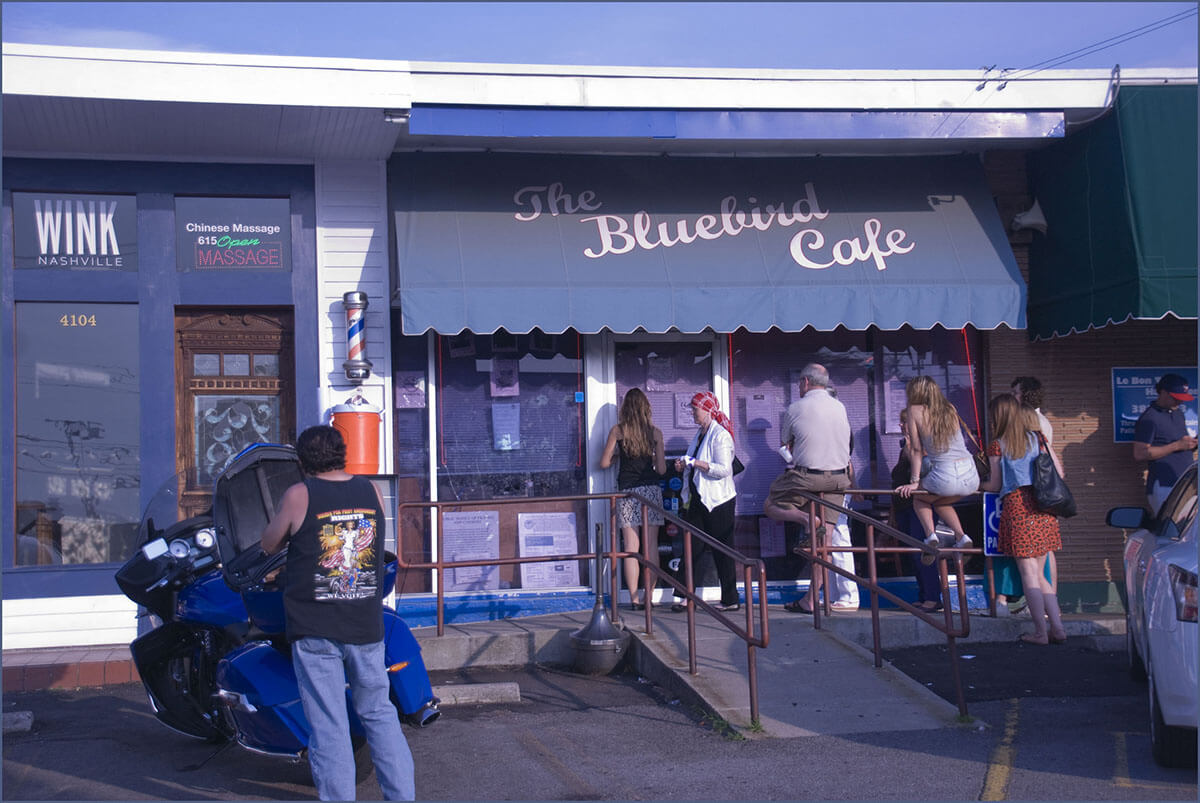 This unique little café is as known for their food as for their music. For nearly 40 years the Bluebird Cafe has been a favorite among Nashville locals, however few out-of-town visitors stumble upon this hidden gem. It is the perfect place to enjoy an evening meal and an intimate show from one of Nashville’s countless talented musicians. Of course due to the small size of the venue, it’s best to call ahead or place a reservation via their web site.

Turns out that over the years lots of famous historical figures and musicians have been buried six feet under Nashville. Johnny Cash, Conway Twitty, and James Robertson, one of the founders of Nashville, all are found in one of the cemeteries scattered around the city or Old Hickory Lake. My personal favorite was the Suicide Rock tombstone.

As the story goes, in 1836 Ann Rawlins Sanders jumped off a rock ledge to her death. Upon learning this, her boyfriend broke off the ledge so no one else could use it to commit suicide and somehow transported the large boulder into town, where it became Ann’s tombstone, or so the story goes. Check it out for yourself at Old City Cemetery — you can’t miss it, it’s huge!

People did not start talking about it much until recently, but Nashville does have an ever-increasing amount of street art, partly as a result of the Nashville Walls Project. Now you can find street art scattered all over the city, from places like Hillsboro Village and Germantown to, well, just about everywhere 🙂 Gotta love Nashville!

"Some people eat, others try therapy. I travel."   Cultural enthusiast. Adrenaline junkie. Eater of strange foods. Chasing unique and offbeat adventures around the world since 2008. Derek loves going to new destinations where he does not speak a word of the local language and must communicate with hand gestures, or places where he is forced to squat awkwardly to poo -- supposedly its healthier and more efficient. For more information (about Derek, not squat pooing) including popular posts and videos, check out his bio.

4 thoughts on “Offbeat Nashville: Quirky Sights, Activities & Things To Do”

Kumbhalgarh Fort And The Great Wall Of India

Scroll back to top